In this instruction will show you how to connect a topology in eNSP to a VMware Workstation network adapter.

In this document, it is supposed that:

From the eNSP new topology widows, under Other Devices section click on cloud icon and then track the Cloud object into the new topology area. Right click on the Cloud1 object and then select Settings as shown in the following picture. 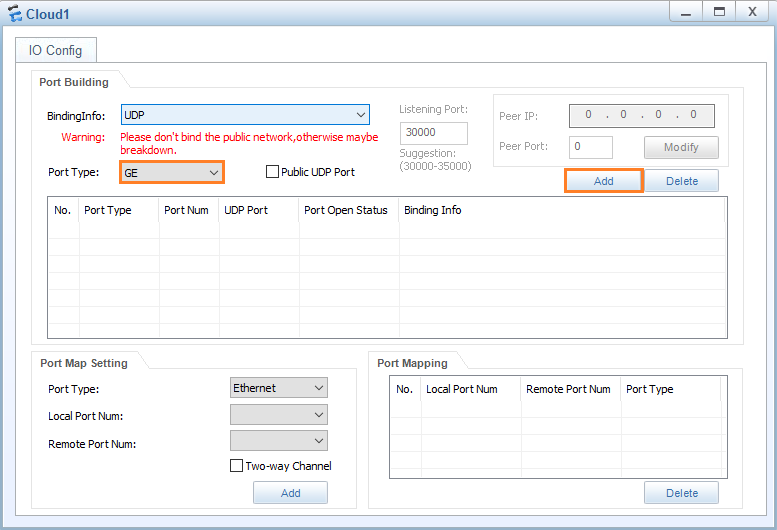 From the Cloud1 object configuration widows, we need to add a binding interface and this will connect the cloud to a network adapter on the computer. In our case now, we want to connecting the topology in eNSP to a VMware workstation adatper, let say VMnet8. So, on Port Type selects GE option, On BindingInfo drop-down list select VMware Network Adapter VMnet8, and then click Add. 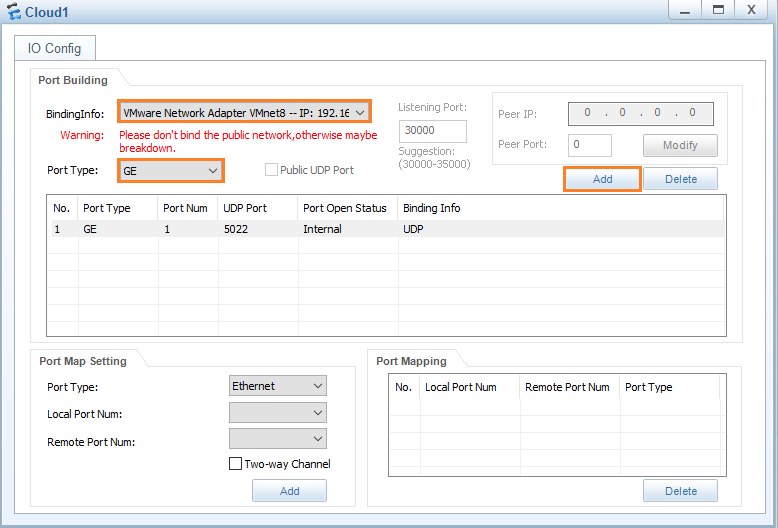 Under Port Map Setting session,  select GE as the Port Type and select number 2 as the Remote Port Number,  check on the Two-way Channel option and then click Add. 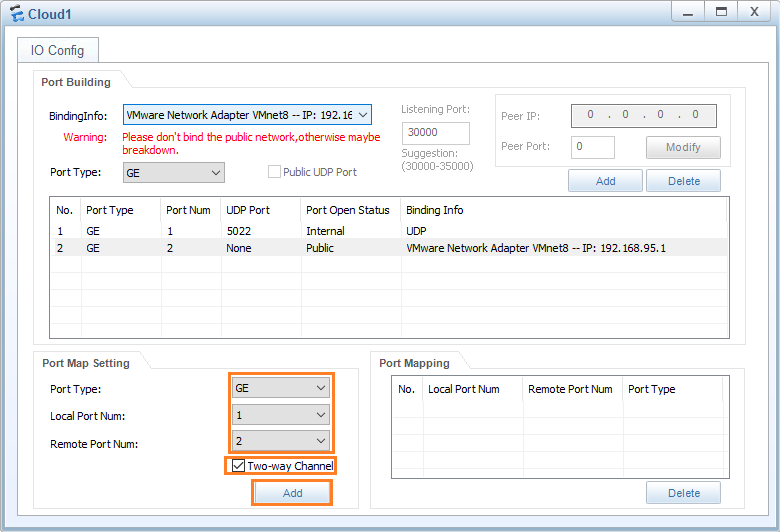 Here is how the completed setting looks like and we can close the Cloud1 object configuration widows for now. 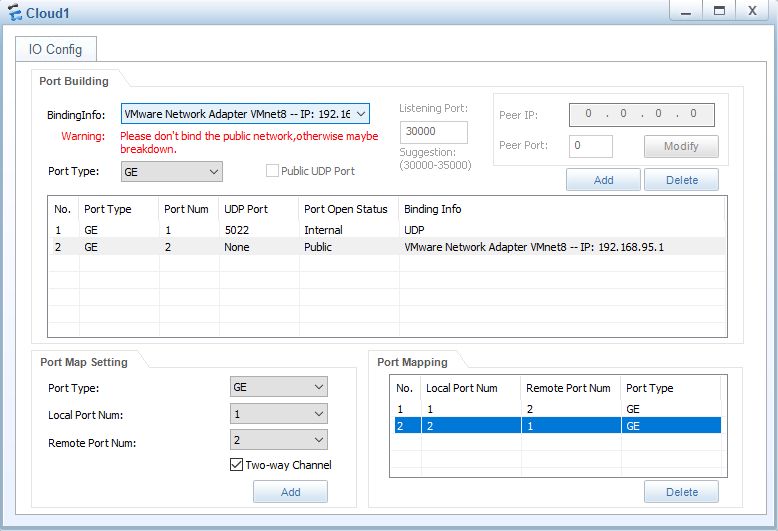 For now let just configure the switch to get the IP address from DHCP server which is the VMware network.

Verify if we can get an IP address from DHCP server with the following command.

We can test ping the gateway IP address and we should the following successful result. 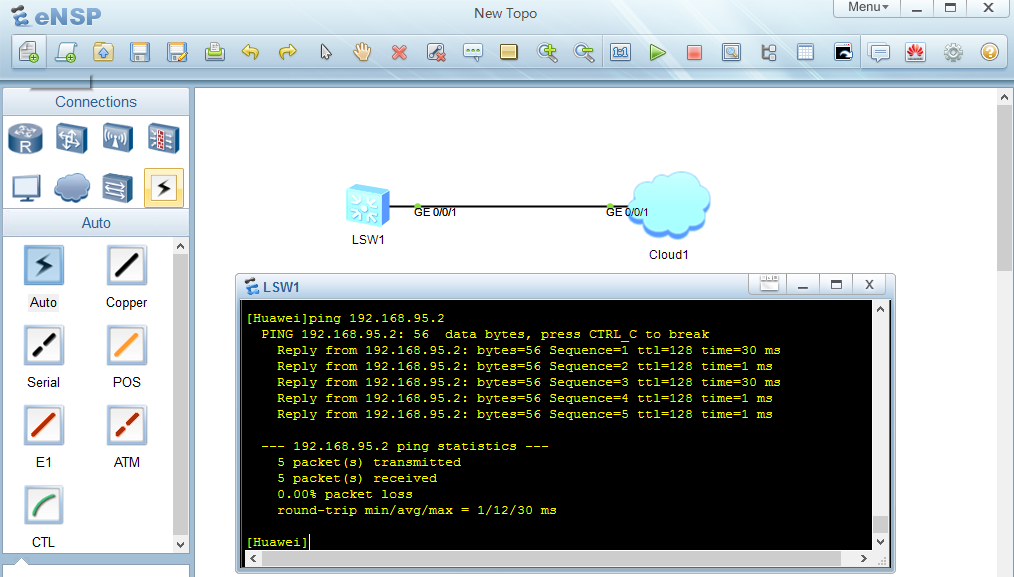 Now you should be able to connect your network topology on Huawei eNSP to the VMware network. Actually, it is also possible if we want to connect topology on Huawei eNSP to another of the VMware network adapter or the real computer adapter using the same instruction as above. If you have any questions or suggestions you can always leave your comments below. I will try all of my best to review and reply them.